Canada
Why study in Canada

With quality and more affordable tuition, safe cities, employment options (both during and after the study period), and as a pathway to Canadian permanent residence, the decision to study in Canada can be one of the most important, and best, decisions made by young people from around the world. Canadian universities and colleges located across the country are renowned for their research and innovation.

Canada’s higher education institutions are diverse — varying in size, scope, character and breadth of programs. High academic standards and thorough quality controls mean that students may gain a high-quality education that will benefit their careers over the long term. A Canadian degree, diploma or certificate is generally recognized as being equivalent to those obtained from the United States or Commonwealth countries.

Canada is often the preferred choice for students who may also have the option of studying in countries such as the United States or United Kingdom because of the lower tuition costs. Compared to other countries, Canadian international tuition fees, accommodation and other living expenses remain competitive.  The multicultural environment gives students an opportunity to interact with people of all backgrounds and ethnicity. 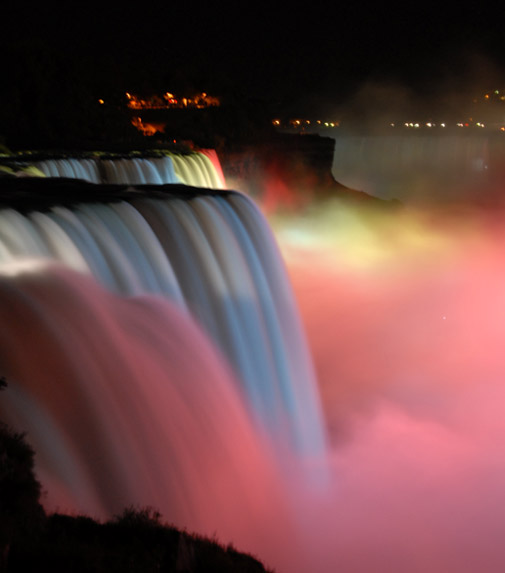 The quality of education and living standards in Canada are amongst the highest in the world, but the cost of living and tuition fees for international students are generally lower than in other countries. There are a significant number of scholarship opportunities for international students in Canada. Also merit based assistance is awarded in many forms, from tuition waivers, various types of assistantships, to fellowships. A very important factor for most international students while choosing a study abroad program is safety. Canada is one of the safest places to study with very low crime rates and cases of racial discrimination. The rate of crime has gradually decreased. Firearms are strictly controlled and are generally not permitted, unlike the US. The Global Peace Index consistently ranks Canada among the top 10 safest countries to visit in the world. It is also relatively unaffected by natural disasters.

Studying in Canada is considered a rewarding investment for your future as you have access to premier education, cross-cultural experiences, and a globally recognized degree. Canada’s universities maintain high standards of academic excellence and are consistently recognized in top international rankings. Canada has 114 universities, 200 colleges & renowned institutes. A total of 26 universities in Canada feature in the QS World University Rankings® 2019, of which three are in the world’s top 50, with 11 more making the world’s top 300 – a feat matched only by a handful of other nations. Each year thousands of international students attend Canadian colleges and universities. The country provides world class education which is recognized globally.

The Canadian education system draws students from all over the world and is maintained to a high standard by each of the provinces and territories. The Council of Ministers of Education is a forum for education ministers to discuss matters related to education, coordinate education activities and share information. Canada boasts one of the highest rates of post-secondary education in the world, with 6 of every 10 adults between the ages of 25 and 64 having completed some form of post-secondary education.

For regulated professions such as medicine, law, education and social work, the education system in Canada generally requires an work placement to obtain a license to practice. Degree-granting institutions in Canada focus on teaching and research. Teaching is the other key function, whether at the small liberal arts universities that primarily offer undergraduate degrees or at the large, comprehensive institutions that offer more.

According to Organization for Economic Cooperation and Development (OECD), Canada spends higher percentage of GDP on education compared to other countries. Its educational expenditure is among one of the highest in the world and is significantly ahead of OECD average. Canada has the highest rate of post-secondary educational attainment. Moreover, it consistently ranks higher than other countries on international tests on academic performance. Canadian federal government shares power with provincial and local governments as to supervision of education in the country. It is the province’s main responsibility to administer and regulate local educational programs. The educational systems are generally similar across all provinces and territories except some variations.

Academic year is divided into 2 semesters: September to December and January to April. Some schools offer spring and summer classes and some operate on trimester basis. Admission requirements differ from school to school and program to program. At minimum, secondary diploma or pre-university diploma is required. Other requirements may include meeting specific language test scores, having certain pre-university average academic grades and other requisites deemed necessary for the program.

Colleges and technical institutes undertake diploma and certificate programs as their primary activity.It constitutes a major component of educational system in the province of Quebec and is generally a requirement to university admission.Pre-university programs are usually 2 years and cover lessons that prepare students for a chosen field in university. Technical or professional programs are usually 3 years in duration and prepare students towards specific skilled trade and career path after graduation.Length of the program ranges from few months to three or four years.

Universities and colleges focus on degree programs but may also offer some diplomas and certificates, often in professional designations.

An academic year comprises of two terms and one session. The fall term runs from September through December while the winter term begins in January and ends in April. The winter term is followed by a summer session which starts in early May extending up till mid-August.

Canada has a well-established position among the world's leading study destinations. The most popular Canadian provinces for international students are Ontario, British Columbia and Quebec, which are home to many of the top universities of Canada.

All students applying for a bachelor’s program or undergraduate course in Canada should submit a secondary school report and transcripts (report cards) of the final exams taken. The report form must be filled completely by a school official, such as principal, counselor, or headmaster. All achievements, performance in school, and future prospects at university level should be emphasized upon in the transcripts.

English proficiency tests are necessary for applying to educational institutions in Canada. Students have to take TOEFL (Test of English as a Foreign Language) or IELTS (International English Language Testing System) and qualify with the minimum scores required by the respective universities they are applying to. All in all, IELTS overall score with 6.5 no less than 6 in any module is good for student Visa. For most of the good universities, a minimum of 6.5 is what is required Minimum requirement in IELTS for Canada is 6.5 with no band less than 6.

Tuition fees in Canada vary by institution and province, but the cost is more affordable when compared to other countries around the world.The average price for international undergraduate students is around CAD$25,180 (USD$20,540) per year. The average price for international postgraduate students is around CAD$42,000 (US$31,243) per year. Institutions which do not grant degrees to students are usually cheaper than universities.

Scholarships are available for both undergraduate and graduate studies and they can be helpful covering tuition fees in Canada, and some of them also cover living expenses. Start early to search for scholarships or grants, it takes time to gather all the documents and prepare an outstanding application. For more information about scholarships in Canada, please contact Espire Education, we can provide guidance on which scholarship is applicable for you and how to apply.

As a full-time international student in Canada, students have the option to work part-time during your studies. This can include both on and off-campus work for up to 20 hours a week. During scheduled breaks throughout the year, such as winter or summer break, study permit allows student to work full-time up to 30 hours a week.

Once students have completed their studies, international students are eligible to apply for a Post-Graduation Work Permit (PGWP). This open work permit allows recent graduates to stay in Canada and seek employment anywhere in the country. Unlike other work permits, you are not tied to a specific employer and are allowed to pursue employment in almost any field. For those looking to become Canadian permanent residents, a PGWP and your prior Canadian studies can be a great way to staying in Canada permanently.

Opportunity to apply for permanent residency in Canada after Graduation Being an international graduate of Canada provides a unique advantage in applying for Canadian permanent residency. Having a Canadian educational degree gives you more options under different federal and provincial immigration categories. Also, the government gives incentives to students by either awarding more immigration points or providing specific expedited category of immigration program.

A student visa is termed as a ‘study permit’ in Canada. Once admission form is processed and student receives an offer letter from a Canadian institution, they are required to apply for a study permit. International student wishing to enroll in a higher education program in Canada for more than six months should have a study permit before they enter the country. It is compulsory for all foreign students to obtain a student authority and visa before migrating to study in Canada. A student must also meet the requirements of the Canadian Immigration Act and Regulations under normal circumstances. It takes 4 to 6 weeks for visa to be processed.

Student visas in Canada may vary depending on a student’s country of citizenship, country of legal residence, province they want to study in, and time they want to stay in Canada. Before applying for a student visa in Canada, you must first get a letter of acceptance from the university. The letter must be issued by the Canadian institution (e.g. school district, University, etc.) on official letterhead, show the exact amount of tuition fees you are required to pay, the anticipated starting and finishing dates and the date by which you need to register.

For more information about student visas in Canada, please contact Espire Education, we can provide guidance on which study permit is required for you and how to apply.